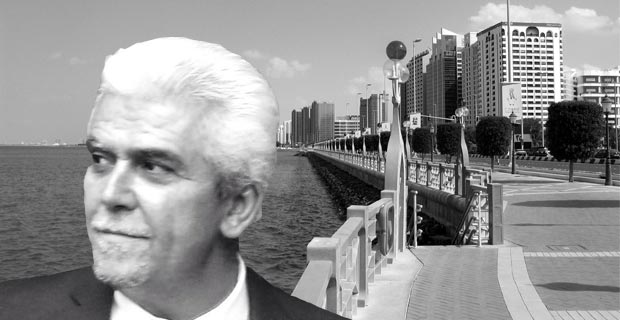 He is 54 years old, was born in Turkey and has been living in Germany for 45 years now. He has got the experience of more than 25 years in direct selling and joined Jeunesse and Alexander Herr´s team in July 2015 only – but already reached the position of a Sapphire Executive in less than 6 weeks.
„Since I got started with Jeunesse there has not been a single month I earned less than 10.000 USD. And the leaders of my downline who came along with me half a year ago see their first successes, too. I do not least credit this to my upliner Alexander Herr and his support, he is the right sponsor for me, and Jeunesse is the right company. Everything is perfect now, the circle is complete and I finally arrived.“

Sounds like a checkered life in and with direct selling, sounds like many years of ups and downs, delusions and confusions, that finally led Cemal Cetinsoy to Jeunesse and made him find his professional „home“ there. Actually it all started when Cemal was a teenager. At the age of 16 he frequently witnessed the very successful „pot and cutlery parties“ which were hosted by his parents in their home.

„I immediately got the bug as I could see that you can really make good money with direct selling. So I would have loved nothing better than to become a networker straight ahead, but my parents asked me to be sensible and finish school and get a regular training qualification first. I was a „good boy“ and followed, nevertheless all this could not keep me away from clandestinely reading books about direct selling and attending pursuant seminars and trainings at the same time.“

When Cemal was 24 the time had finally come and he registered with a network marketing company. The young man worked hard but due to the lack of support he initially went through nothing but failures. In 1988 he shifted to the telecommunication sector and there the trained electrical and computer technician could profit from his professional knowledge, so the tide eventually turned and his relentless commitment came to fruition.

Six years later, after another change of the company, Cemal finally made it – the big success he had struggled for so long was there. A success which in the end charged him a heavy price: He got a stroke that kept him unable to work for almost four years and eroded his assets. But nevertheless he managed to make use of this hard time: As with a jigsaw he pieced all his direct selling experiences together, and that way he figured out what the „right“ networking company would have to be like. Then, after having recovered, he made the „reality check“, registered with one direct selling company after another and tested them in the field. As soon as seriously negative media coverage or alarming problems with compensation or products came up Cemal Cetinsoy struck his colours and left the company – always accompanied by the leaders he had shaped hitherto. A kind of odyssey which seems to have come to an end now – no, which has come to an end as Cemal states with confidence.

„Jeunesse provides superb products, an effective sales strategy and absolutely efficient tools – and along with it an approved compensation plan as well as Alexander Herrs ever-present support. All this makes up a package I have never come across before, never in all these 25 years I have spent in direct selling. This is definitely unique – and the basis of my success!“AP