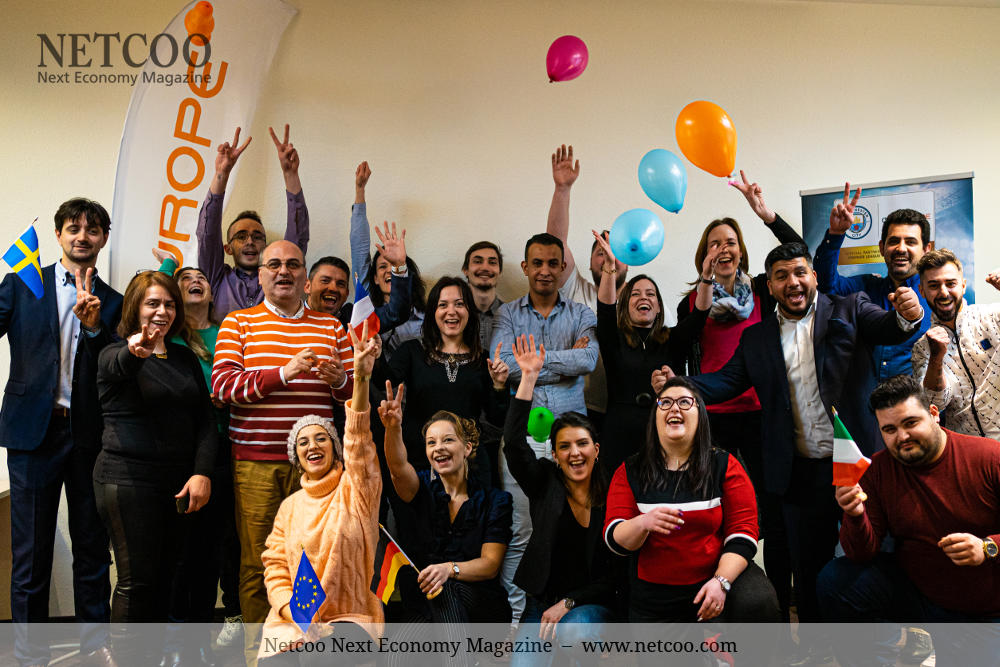 Contacts, they are the key to success in network marketing. Only those who have them, or work hard to develop them, will be successful. Social media marketing in particular has been playing a decisive role and not just since yesterday.

It has never been easier to get in touch with people globally than with working contacts on Facebook and Instagram. At least when you know how to address people the right way on the platforms. How to turn strangers into friends, no matter where they come from. Jerome Hoerth has long been aware of this. The ambitious Frenchman, 39, General Manager of QN Europe, is now tackling this topic decisively for his company together with the management consultant Samer Mohamad. This is within the framework of the “Business Academy”, a comprehensive strategy on which QN Europe partners can rely in the future.

A detailed plan on how success in network marketing works. With this in mind, Hoerth had twenty of their partners, from absolute beginners to professional partners, Germans, Swedes, Italians and many other nationalities, flown in to Frankfurt for the for the kick-off event “Social Media Days”. On the programme: a turnkey concept, a tool and guide that will enable partners to generate up to one hundred new, high-quality contacts per month! A seminar that Hoerth will transfer to all QN Europe structures in the coming months. The next stop will be Paris in February.

The focal point of the seminar: Samer Mohamad. Specialist for Social Media Marketing and a tireless as well as clever thinker on how to create state-of-the-art sponsorships. Without giving too much away: Basis of the concept for QN Europe is to adapt communication with people from offline to online. “It is very important that not only QN Europe has a sophisticated brand. Each of our partners needs their own, sharpened profile”, in order to show their point of view, their offer in the daily flood of information, says Hoerth. “With social media work, you can get to new partners quickly, need zero capital to do so, and only 30 minutes a day in total”.

For Jeanette Cicalone-Jopp, 39, from Lorsch near Worms, a partner of QN Europe since the end of 2019, it was a day that was highly motivating for her. “I have now understood how important it is to present yourself correctly and openly on the net”. She now knows why it makes a big difference which profile picture she uses, which settings her accounts must have and who she defines as her target group. The seminar had many very surprising moments for her. Now she has an exact idea of how to approach people on the net. Which solutions she can offer, how she reaches people, how large her potential radius of action actually is.

For Angelo Garippo, 24, Italian from Stuttgart, the seminar was above all one thing: “very exciting”. He says that he now has, “once again, an additional weapon for success”. He had heard and learned many things that even he, a young man of the smartphone generation, did not yet know. For example, about the Facebook algorithm and the surprising possibilities that arise when you write in the right place on first contact. What touches people, and what a commenting heart can do when used at the right moment.

Bernadette Buß, 25 years old, from Neuss, with QN Europe since July 2019, is certain after the seminar: “I am my own value”. Up until this social media training, she only cared little or not at all about her accounts. A landscape picture adorned her cover picture, a photo of herself was looked for in vain, the profile she had filled out only very cautiously. Bernadette already changed that during the seminar in Frankfurt. She now appears very openly and confidently on Facebook, because one thing she has now clearly internalized: “Only people who talk can be helped”. I take my hat off to Samer Mohamad. Like Jerome Hoerth, he has helped her to know one thing clearly: “I am making an offer that nobody can refuse”. Enthusiastically she reports that she already had great results in the first 24 hours after her seminar visit in Frankfurt. And that “with only 30 minutes I spend on Facebook every day”.

Julian Arndt, 21 years old, from Coburg in Bavaria, a QN Europe Networker since April 2018, is equally enthusiastic about the new knowledge he has gained about social media marketing. “Five high-quality contacts per day – I would never have thought this possible before the Social Media Academy”. Julian sees his newly acquired knowledge and also the sustainable strategy of his network as a huge opportunity. He feels strengthened, also in his entrepreneurial thinking and in the way he can communicate with his target group.

Ammar Dababou, 48 years old Syrian from the disaster area of Aleppo, lives with his wife and his little daughter in Essen. For him, too, the seminar was a further step towards important knowledge on how to move his business forward. Up to now, he too has hardly used Facebook. That has now changed decisively. Ammar is surprised at the good feedback and attention he already received on his way home from the seminar. And yes, five new good contacts a day, that’s no dream. Ammar, who studied English and whose journey took him via Kuwait, where he worked as an interpreter for some time, to Germany, emphasises how grateful he is to QN Europe for the opportunities that arise from this cooperation. He has a six-year-old daughter and, like many other refugees, left Turkey on a rubber boat for Greece at the risk of his life. He had had to risk it, his child was seriously ill with an infection at the time. Only in Germany was medical help possible, which his child needed so urgently. After the Social Media Workshop in Frankfurt, he was aware that “we now hold a key in our hands to provide the right perspective on our actions in a fundamentally changed world. 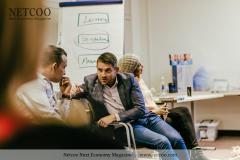 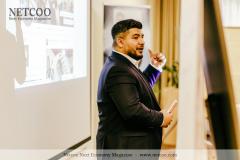 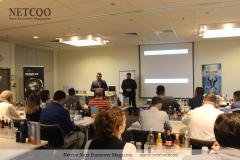 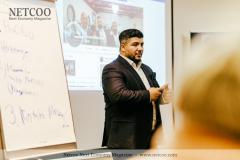 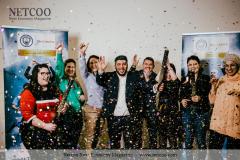