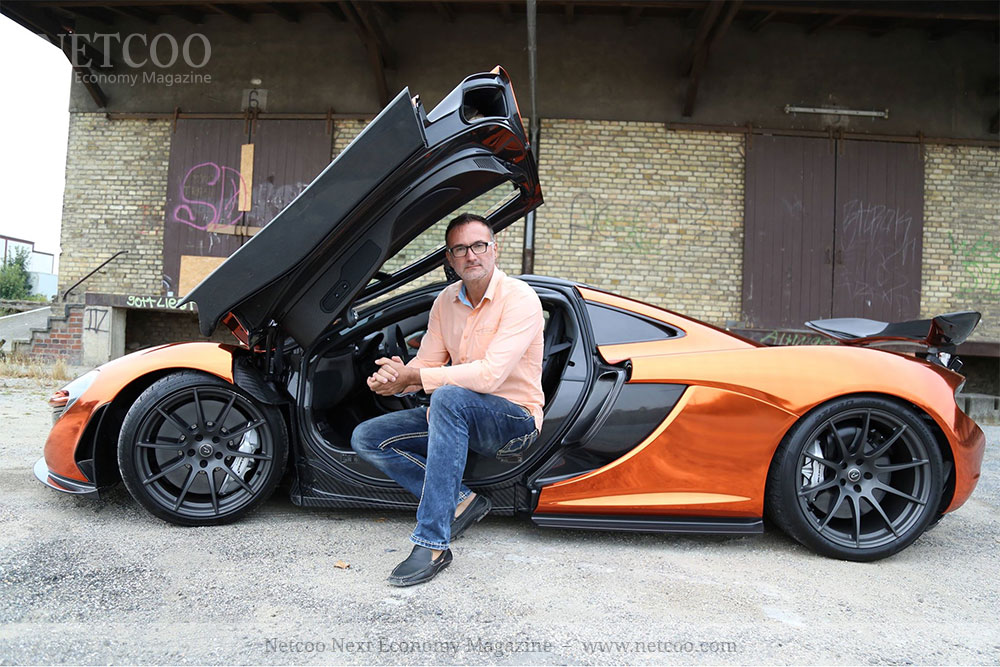 “Of course, every person always thinks about having a lot of money in their lives. Some even think about becoming a millionaire. But thinking about it alone is not enough. To earn a lot of money, you need time, a vision and a certain attitude. “Fernando Fasini knows what he is talking about. The self-made millionaire was one of the best and most successful LR consultants worldwide until yesterday. Fernando Fasini has now left LR Health & Beauty Systems – voluntarily. The top leader with a downline of tens of thousands of distributors has declared his departure. After Ilhan Dogan (former No. 1), Helena Löwenstein (Platin-OL) and 5-star President Selcan Güleryüz (termination without notice in Turkey), LR loses another great leader and an LR veteran.

For outsiders, the departures are difficult to understand, but the attractiveness – as the former German number 1 in network marketing – LR seems to have become more and more lost over the years, at least for executives. As well as with Fernando Fasini, he wants to focus more on his hotel business and other projects in the future.

His career in network marketing is breathtaking and served many people as a role model and motivation to do the same. Already at a young age the Emsdettener set big goals. But the power of his vision, which was to change his life forever, arose in 1989. His way up, was not easy: In the mid-eighties, the locksmith had enough time, but too small money. After his education, he initially had no great opportunities in the professional world. Very quickly he had to realize the difference between theory and practice: Despite a good degree, which he had passed with flying colors and the mark 1.5, he found no company that was willing to hire him. Without professional experience, he did not need to have high hopes that he would ever be able to really practice his learned profession. In order to be able to stay afloat, he took on a job in the local weaving mill in his hometown Rheine.

Start in the financial services industry

As a simple cleaner, he was supposed to clean the weaving machines on a daily basis. That had an advantage, the millionaire smiles in the Netcoo interview: “Every month I got a new toothbrush – to clean the narrow parts of the machines. Of course, I exchanged them for my old ones.” A job that was not much fun for him, the thought on that torturous and listless job should fill his life until he retired caused him uneasiness. “Constantly worrying about money, I kept thinking about how I could do to lead a different, better and more beautiful life.”

At the age of 19 Fasini became acquainted with the distribution system of an insurance company through two friends. His friends then stopped after a few weeks, annoyed him: “Are they smart now because they stop or, I’m the stupid because I want to continue,” asked the newcomer. Even at the first 2-day seminar of the financial services company, he was struck by lightning thoughts: “Oh God, now at least 30 people are sitting here, when they all start running tomorrow, then the market is fast full and there is nothing left for me”.

Fernando Fasini with his McLaren P1

But with all his skepticism, he decided to move on. The financial possibilities were quite attractive and he had no alternatives at this time. He never wanted to work for a lifetime like his father did. “The money I currently earn would never be enough to fulfill my wishes in life”.

In the insurance business, the newcomer learned a lot about his strengths and weaknesses. For two months he did a lot, but did not move anything. “I had no system and certainly did not do what the successful ones had taught me. As a newcomer, I tried to reinvent the wheel and go my own way. So I worked a lot and did little. Countless times I heard this repulsive word: NO. And every time I took this no personally.”

At that time anger and frustration got ready. He came to the point where he wanted to stop the business. But before he did that, he made another choice: “Either I quit or I work the way like the successful ones do in the company. I have nothing to lose, at most I can win.”

He decided on the latter option and after numerous attempts he finally started writing his list of names: “Sure, I also had the typical newcomer syndrome, that of course I had all the names of people I knew in mind”. A fatal mistake, Fernando Fasini notes today: “The list of names is a real gold mine and hugely important to the business.” His concentration soon paid off and after two weeks he had an incredible 287 names on his “list”.

At just 22 years of age, he earned up to 13,000 DM at peak times. Lots of money for someone who had just completed his education, worked as a cleaner and sold insurance as a sideline.

But with the daily business he noticed increasingly that the insurance industry have high final commissions but no follow-up commissions. In addition, some financial services companies had fallen negative into the press at the time. The tough fight for the customer ultimately led him quit his job as an insurance salesman after 1.5 years. A return to his old job was out of the question for him, he had simply seen too much of the sales world. To start new in a sales position did not matter to him, but this time his decision should be long-term, without ifs and buts. 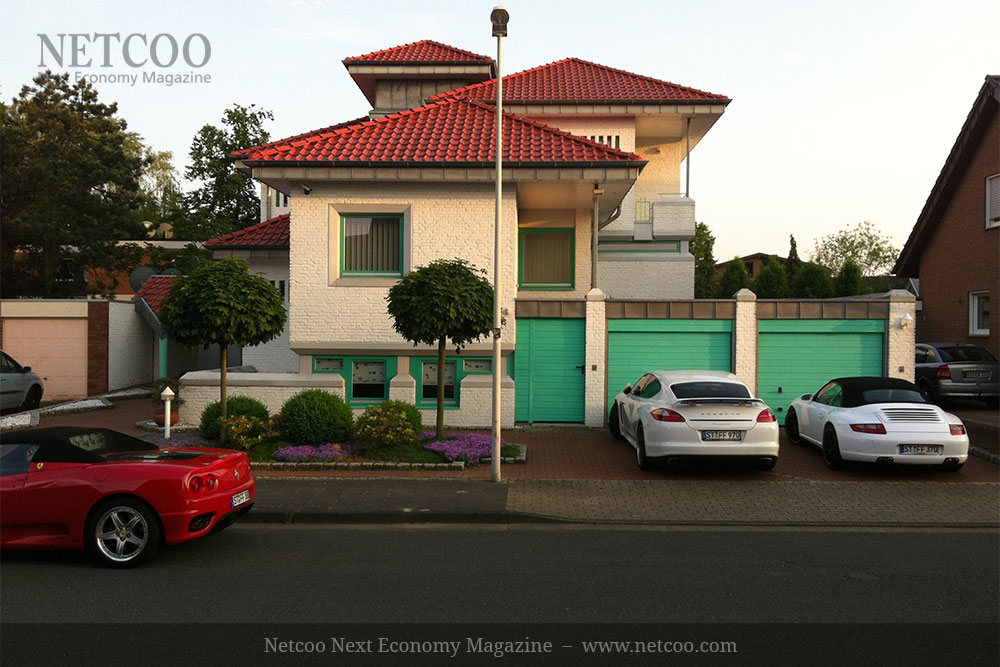 Whether it was coincidence, luck, or just the “right nose,” Fasini can not remember today: “It was the right decision, a decision that changed my life thoroughly.” He compared all the companies involved in this Time was on the market, but repeatedly stood out only this one company: An emerging company called LR Cosmetic (now LR Health & Beauty Systems) from Ahlen. The company was just four years on the march at this time and had a considerable growth.

For the first time he had heard about network marketing. And the more he heard about it, the more clearly he recognized the perspectives offered by this business idea. He is most impressed by the fact that many simple people do business that has made it to the top even without education or a job. No question, this time he really wanted to be sure that this success system was right for him. The fact that the customer receives optimal quality at reasonable prices and that partners can save between 50 and 70 percent compared to the retail trade enthused him even more.

So that he could not make the wrong decision, Fernando Fasini analyzed all network marketing companies on the market. He found that there were major differences: some companies had marketable products but at inflated prices, others demanded high investment for an entry and others placed the training only in second place. Fasini wanted to start a serious and long-term business from the beginning: “My claim to the product was great. It should have a cheap consumer product with a high status in society. And no matter when, I always wanted to be able to look people in the eye. And of course I want to do that today.”

The cosmetics company from Ahlen stuck in its grid. But even if what is promised was kept, today’s millionaire in 1989 could only hope for that. In the past, the top consultant even worked on his own when it came to developing innovative ideas and new concepts or opening markets faster and easier.

“Perfume and cosmetics, not necessarily the best conditions for a seasoned insurance professional. I was not sure if this company was really the right one, so at first I just decided to enroll my girlfriend as a distributor and started incognito with my LR studies.“

In 1989, on a Saturday lunchtime, the newcomer introduced exactly four people to the products. “Imagine, actually, is not the right word,” recalls Fasini, “rather, I gave them the opportunity to buy the products cheaper.” With four distributors, he reached in March 89 the first important stage in the marketing plan and earned DM 253. Years later his commission check climbed to over 70,000 euros a month. Over the course of his LR career, Fasini should have earned more than 15 million euros.

The soul leaves the body

The LR business and its commitment has made Fasini a multi-millionaire. But over the years, his motivation should have fallen more and more. The reasons for this seem to be manifold. But the fact is that Fasini was a leading leader in the company. His departure could also be compared with it: the soul has now left the body.

We are currently researching further backgrounds. More about this soon …