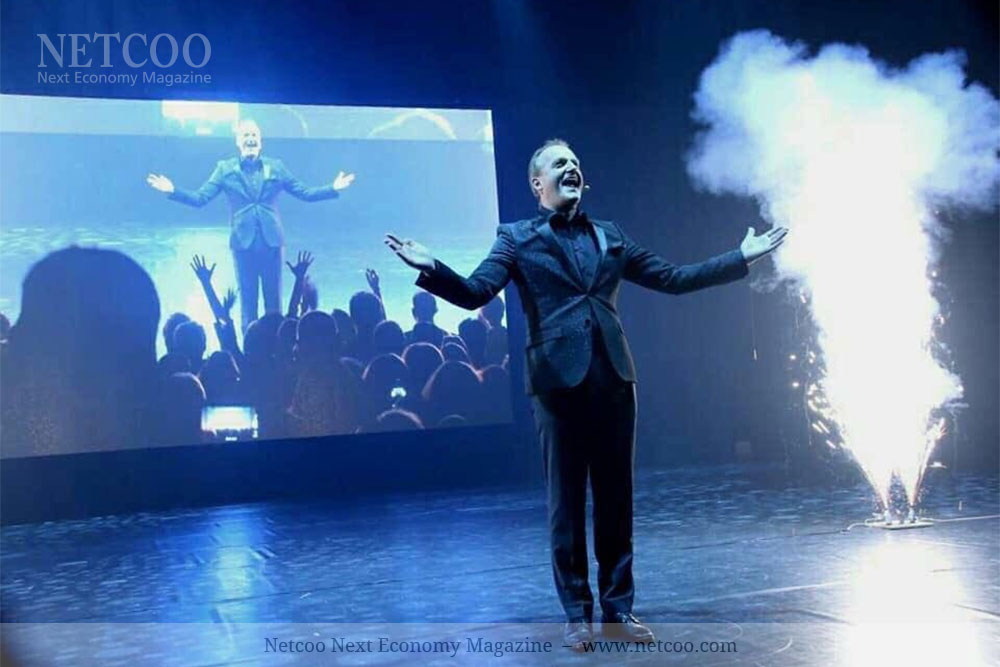 1,500 Juchheim consultants experienced the birth of effect food at the annual congress on the first weekend in february at the Theater on the Marientor in Duisburg. The company Juchheim Cosmetics became Juchheim with the areas effect-cosmetic and effect-food and so in the presence of company founder Dr. Jürgen Juchheim, Managing Director Kerstin Halefeldt and Success Coach Torsten Will ushered in the Juchheim 2.0 era on this weekend amid great applause.

Many of those present could still remember the beginnings of Juchheim. While 46 participants attended the inaugural event just two years ago, there were already 800 one year later. This year 1,500 enthusiastic participants celebrated the product launches which Dr. med. Jürgen Juchheim not only presented on stage, but whose effectiveness he explained in an entertaining manner together with CEO Kerstin Halefeldt. In addition to the novelties in the field of cosmetics (shampoo, peeling, …), the new business field Effect Food in particular ensured enthusiasm storms in the crowded ranks. The doctor explained exactly why conventional diets do not work and why it always comes back to the unwanted yo-yo effect. And he also explained what ingredients are needed in the diet to actually lose weight permanently. In his book “The Dr. Juchheim Diet “he specifically addresses the correct eating habits and introduces the Juchheim diet, which is based on the new scientific findings of molecular and microbiology and can be supported with special (and, above all, natural!) nutritional supplements. This effect food opens up a completely new field of business for the consultants and, above all, increasingly appeals to men.

All the ranks that have qualified according to the Juchheim career plan since last year’s congress last year were applauded and honored on stage (from the Regional Team Director level).

The most extraordinary product in this new effect food series is certainly the coffee capsule “Spresso”, which contains high-quality organic coffee ingredients that promise more energy, stimulate the anti-aging process and act as an appetite suppressant and fat burner. And so success trainer Torsten Will summed it up: “With our products, we provide for an explosive rejuvenation – from inside and outside.” And he is right when he says about Juchheim and his consultants: “We are the family with WOW Effect and AHA personalities.”

The well-known Juchheim WOW effect was also on the ears this time. The anthem “Bye Bye, Time for a Change” by the norwegian singer Sofie (aka Kat’So), which was produced especially for the munich-based company, celebrated its world premiere on this day and the successful coach Torsten Will called for a very special challenge. If all together with family and friends download this song in the coming days, it could make the song in the top 10 charts – and Juchheim would make again of themselves. (BS)