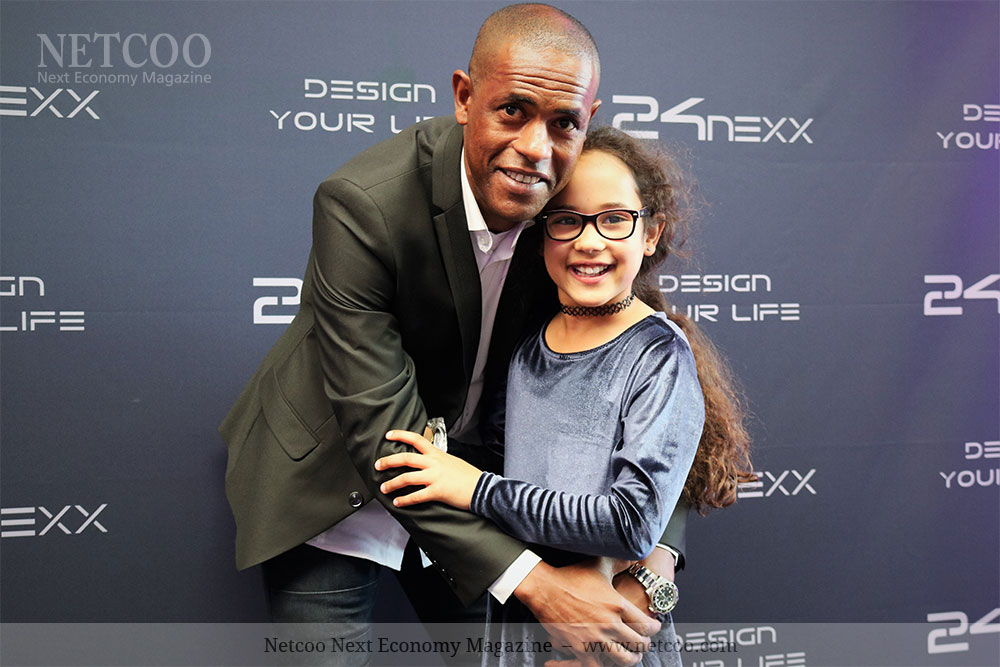 As a former professional soccer, Alexandre da Silva, also known as Chiquinho, was trained to set goals, implement them with passion and discipline and put personal concerns behind them. In the veins of the 43-year-old Brazilians flows South American blood and so it is not surprising that da Silva at 24nexx developed such an ambition, as at the time on the football field.

As the eldest of six children, Alexandre da Silva grew up in very simple circumstances in Brazil. His mother worked in the cotton field and the father as a tractor driver in the sugar cane harvest. At the age of seven, Alexandre began playing soccer, at the age of 15 he received his first professional contract and in the 90s even played with soccer stars like Roberto Carlos. His football career continued and he was with his club champion in Serie B, was named as the best player of the championship, rised in Serie A and left his home club Uniao Sao Joao as the most expensive player in the club’s history. In 1997, Ottmar Hitzfeld loaned him out for Borussia Dortmund, but Alexandre decided to sign a contract with Borussia Mönchengladbach. He played in the 1st and 2nd league and a few years in the 1st league in Austria. With the end of his career as a player, the Brazilian hit the coaching career.

After his professional career, Alexandre da Silva felt that he could never again have so much success – both financially and immaterially. When he got to know Network Marketing, he felt that he could win in this business as well as he did in sports at the time. “I know that with passion, emotions, perseverance and absolute will to win, I can turn my dreams into reality. And this with above-average income opportunities and a lot of recognition.” When he met Melanie Blankmann, co-owner of the German 24nexx GmbH, he did not know exactly what network marketing is all about. When he accompanied her to a partner training session, he wondered why people wanted to take pictures with her there – and not with him. Melanie Blankmann made it clear to the former soccer professional that he already had all the habits it needs to be successful in direct sales.

He still remembers her words: “You are already a winner. Now you are using your skills on a different playing field and together with us you will come back to the Champions League.” These words were influential and since then da Silva, who lives in Mönchengladbach today, continues to develop his skills. “I am diligent, disciplined and grow as a personality,” he says.

The entire story about Alexandre da Silva and why he chose 24nexx can be read in the current Netcoo print edition 12-2017 (January / February).

More about 24nexx International can be found at www.24nexx.de