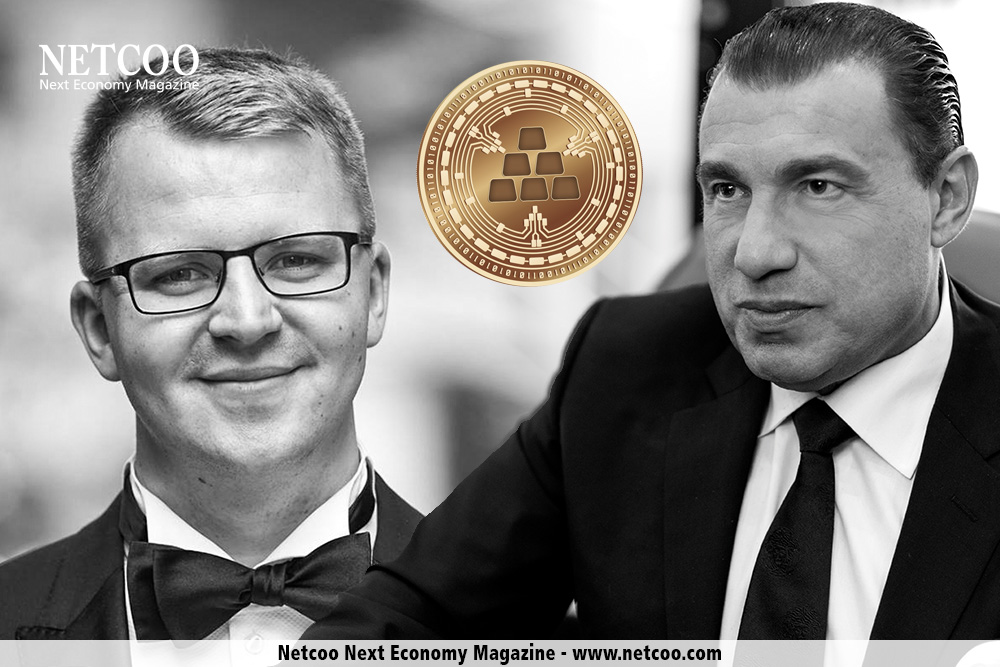 Behind the scenes of Karatbars, it’s boiling. The Stuttgart-based company is currently being massively attacked and is talking about a dirt campaign that is being driven forward primarily online. Karatbars suspects that Marvin Steinberg, Steinberg Marketing GmbH, is the mastermind of this hunt. The Netcoo editorial team has extensive documents at its disposal that prove a dispute between the two former business partners.

In the course of the ICO’s (Initial Coin Offering) KaratGold Coin (KBC) and KaratCoinBank Coin fraudulent actions are said to have occurred. Karatbars sees itself betrayed by 12 million US dollars, possibly the damage is even higher.

2.8 million euros for the ICO

Marvin Steinberg and his company “MyICO Agency / Steinberg Marketing GmbH” were commissioned in December 2017 with the creation of a coin and the implementation of an ICO.

Steinberg’s agency created the KBC coin on an ethereal basis and according to Karatbars, only Steinberg itself had access to the 12,000,000,000 coins produced. According to the agreement, Steinberg had a website created and controlled the revenue from the sale of the coins.

They paid Marvin Steinberg more than 2.8 million euros for the ICO, the websites and the organisation of listings on corresponding crypto exchanges (verifiable by invoices). The ICO started and the first investors bought the coins.

According to Karatbars, “Steinberg had all the strings in his hand. Only he could transfer coins.” Karatbars mentions a case in which 15 million coins were transferred to a buyer, even though he was only allowed 1,5 million coins. In another case, 180 million coins were even sent to a wallet in South Africa without legitimation.

Already at this time Karatbars saw a serious damage of his reputation, accordingly one asked Steinberg to fulfill his duties as a service provider, whereupon he decided to quit as a business partner. The Netcoo editorial team does not yet know exactly where the reasons for this lie. Both parties decided to separate amicably (Netcoo has mail traffic).

After Steinberg was no longer reachable according to Karatbars, the company took legal action against Marvin Steinberg. “It wasn’t until the court date for issuing the coins was fixed that the ICO entrepreneur reacted and wanted to reach an out-of-court settlement.

According to Karatbars, it was determined at the first handover that a wallet with over 400,000,000 coins was not handed over. However, since a handover occurred in principle, the court did not see any further reason to conduct proceedings for the missing coins.

Only the prosecution in Stuttgart resumed the preliminary proceedings against Marvin Steinberg for fraud (AZ 104 Js 41359/19).

In response to Netcoo’s demand, Karatbars confirmed that 239 million coins (approx. 12 million US dollars) were sold out of the missing wallet, which is said to have significantly led to a drop in the KaratGold coin price and thus caused enormous damage to investors and companies.

Spam mails currently flood the net, warning about Karatbars. In addition, 1-star ratings are increasing on Google, which are supposed to put Karatbars in a bad light. Karatbars suspects that an agency in Russia has been hired to damage Karatbars and its crypto plans.

Affiliate partners are also to be contacted by Karatbars in order to turn them against the company. Karatbars is now seeking a class action lawsuit.

Marvin Steinberg, on the other hand, only published a press release online a few days ago (“Regional Court of Mainz and the Higher Regional Court of Koblenz decide in favor of Steinberg Marketing GmbH”, August 15, 2019) in which he comments on the failed “KaratGold Cooperation”.

His statement: “Both the Regional Court of Mainz and the Higher Regional Court of Koblenz considered the application, the appeals and the complaints to be insubstantial, there are and were no claims whatsoever”. And in addition it communicates that the German BaFin warns of the financing model ICO, since it concerns like in this case a speculative business with the crypto currency KBC.

Why an ICO service provider is now taking BaFin’s side raises new questions. Netcoo continues to research the case. (BS)

Editor’s note: A press request to Marvin Steinberg for comments remained unanswered until the date of publication.