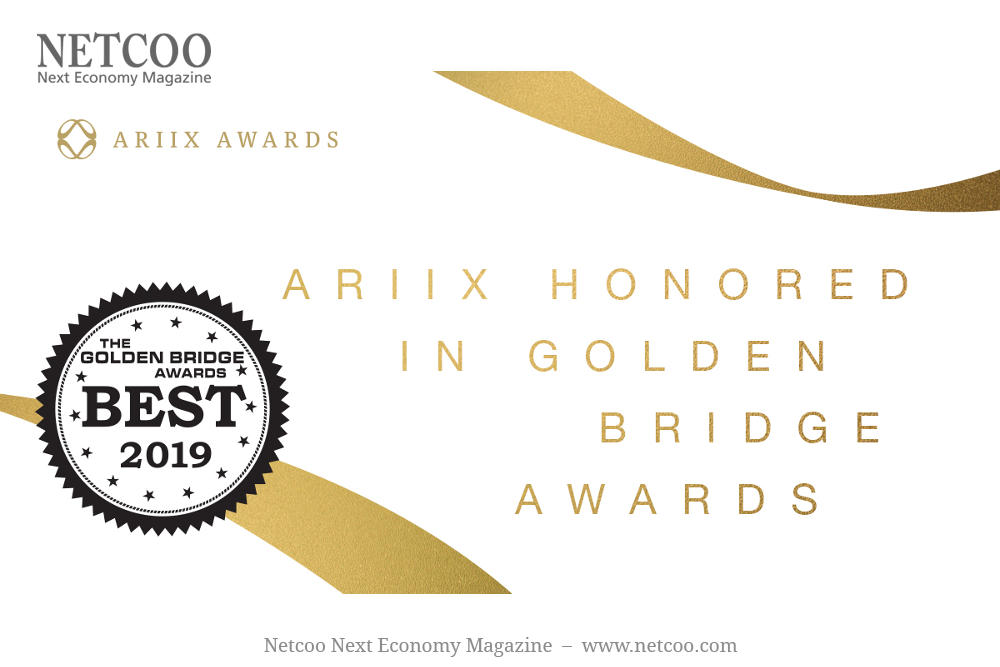 Winners of the 2019 annual Golden Bridge Awards were announced and ARIIX received a prestigious Silver award for Company of the Year, as well as awards for executive leadership and best new product!

The coveted annual Golden Bridge Awards program encompasses the world’s best in organizational performance, innovations, products and services, executives and management teams, women in business and the professions, innovations, marketing, international business, and customer satisfaction programs from every major industry in the world. Organizations from all over the world are eligible to submit nominations, including public and private, for-profit and non-profit, largest to smallest and new start-ups.

Meriting a Silver Golden Bridge Award for Company of the Year, ARIIX ranked No. 78 on the 2018 Direct Selling News Global 100 list of the top revenue-generating direct selling companies in the world, and No. 2,935 on the Inc. 5000 list of fastest-growing private companies in America, due to its 139% three-year growth. Additionally, ARIIX was named Utah’s No. 1 fastest-growing company in the direct selling industry, and No. 11 of the top 50 companies in all industries in the Utah Fast 50 Awards.

More than 160 judges representing a broad spectrum of industry voices from around the world participated, and their average scores determined the 2019 Golden Bridge Awards Finalists and Winners.

“It has been an incredible year for our ARIIX family and it’s an honor to be named a winner by the Golden Bridge Awards,” says ARIIX President and Founder Mark Wilson. “These awards are a testament to the incredible Representatives we have the honor of working with, the high-quality products that provide real benefits, and the talented Executive Team that I am thankful to be part of.”

About the Golden Bridge Awards

The Golden Bridge Awards is an annual industry and peer recognition program honoring best companies in every major industry from large to small and new start-ups in North America, Europe, Middle-East, Africa, Asia-Pacific, and Latin-America, Best New Products and Services, Best Innovations, Management and Teams, Women in Business and the Professions, Case Studies, Customer Satisfaction, and PR and Marketing Campaigns from all over the world.