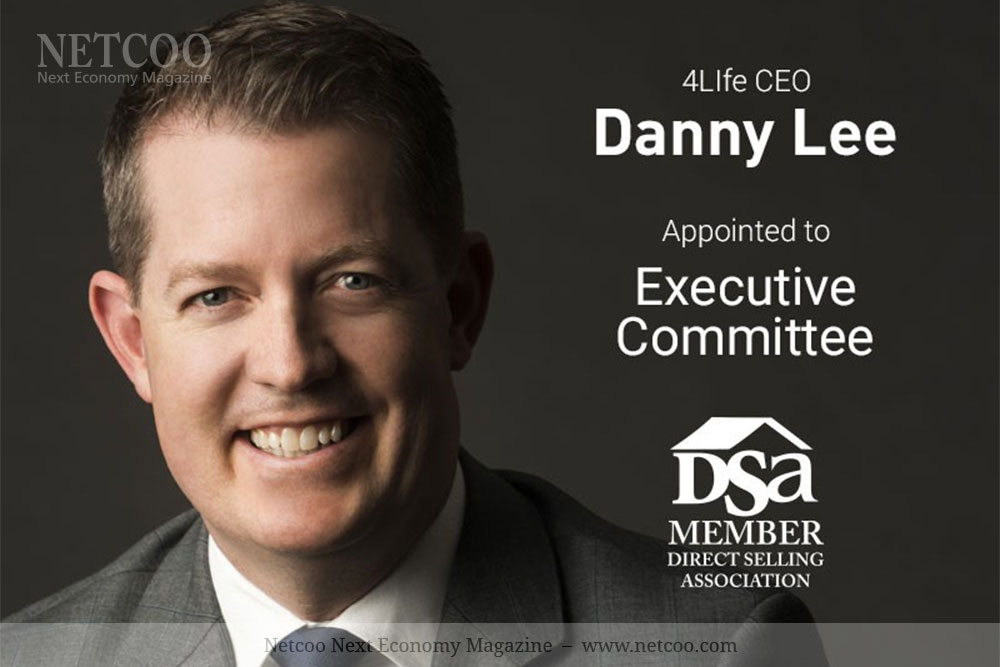 The Direct Selling Association (DSA) Board of Directors ratified 4Life President and CEO Danny Lee as one of the newest members of the DSA Executive Committee.

As an Executive Committee member, Lee joins a small group of the direct selling industry’s most committed and knowledgeable presidents and chief executive officers. The task force meets throughout the year to define programming, review lobbying efforts, and execute strategy. Kevin Guest of USANA and Dan Chard of Medifast were also appointed at the board meeting, which took place at the law offices of Hogan Lovells in Washington, D.C.

Founder and Chairman of the Board David Lisonbee: “Since launching 4Life in 1998, we’ve been committed to corporate social responsibility, lobbying on behalf of our distributors and customers, and public outreach through education. I’m pleased to see Danny accept this important assignment.”

4Life has offices in 25 markets to serve a global network of independent distributors and their customers.